A couple of months back while I was returning from my home country Bangladesh to the USA, I and Shelly had pre-booked our return flight via the Qatar Airways. Unfortunately, we never knew at that time that the Qatar air travel industry was put in a tough spot later and their travel schedule faced a lot of glitches. As a result, our flight was pre-poned 14 hours earlier and we had to go to Qatar and had to make a stopover there for about 14 hours or so.

Before that time, Qatar rarely extended visa facilities to the Bangladeshi people except for work. But, this unusual event/circumstances made them issue a visa for our stopover as the airline was bound to make the passengers comfortable by allowing them lodging at a nearby hotel if the passengers had to be stranded (layover) more than 10 hours or so.

Luckily, we were allowed to roam around in Qatar outside the airport for a while as we were sent to a nearby hotel Movenpick Qatar to rest for a while before our flight. It was a serendipitous stopover. I clicked some pictures of Doha in Qatar while I was inside the taxi to our hotel: 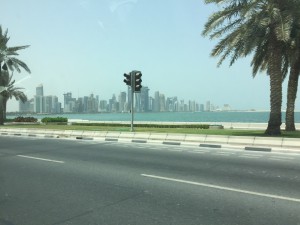 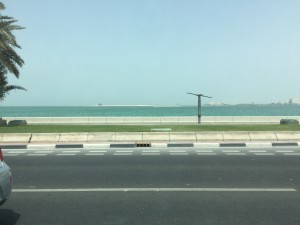 I love the blue of this ocean! 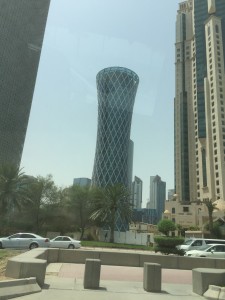 As I have seen other Mediterranean countries, they try to make the soil of their barren, desert country with greenery as much as possible. The Doa skyline was fascinating. 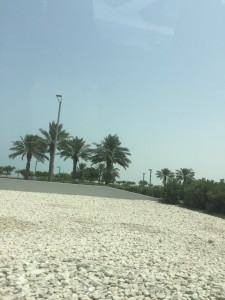 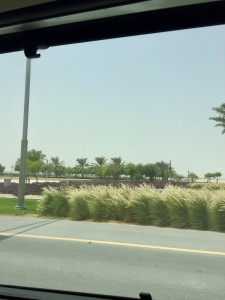 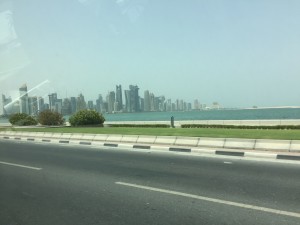 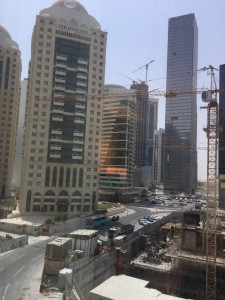 Here is a driving video of the precinct by David PIN YouTube channel:

Below is a YouTube video of the Movenpick hotel (uploaded by the Soso Traveling the World channel) that we had checked in during our sojourn. By the way, this is an organic promotion of the property. They have not asked me to promote their property.

By the time we reached the hotel, we already were famished with hunger. The meal (lunch) that was extended to us (via the courtesy of Qatar airlines in the Movenpick hotel) was quite scrumptious, I must say!

Among so many different varieties, I loved their traditional soup that was some kind of goat pepper soup that I relished there. Oh my god! Yummy! Don’t exactly remember the Arabic name though. I think there is a similar recipe, thanks to ‘ImmaculateBites’: https://www.africanbites.com/goat-pepper-soup/

The other kind of delicacies were awesome, too including the different kinds of baklava sweets they had offered in the assortment of the lunch buffet desserts. 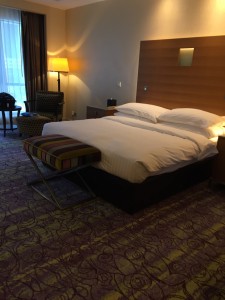 The room was quite nice and nifty. It was a suite, actually: 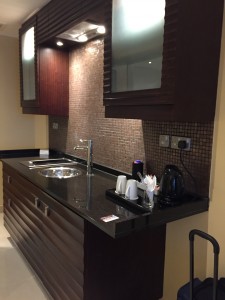 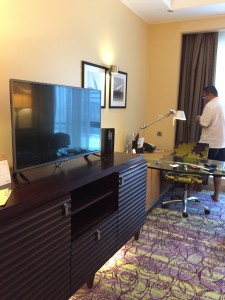 We took some rest and ordered evening meal at our own expense before we set out for our flight to the USA.

Overall, this sojourn was quite a serendipitous experience!

WIll be back soon, Lord willing! 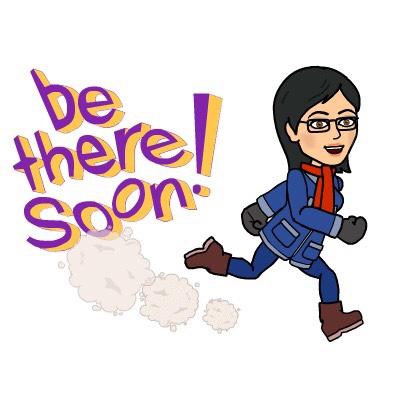