Hi everyone! I had been meaning to write a little on my last year’s visit to the Disney World in Florida where Shelly gave me a unique gift of my caricature portrait there. We checked in at the Disney’s Pop Resort that was based on Disney’s popular culture theme. I was actually a bit hesitant to pose in front of an artist for a caricature as I don’t have much confidence in my appearance yet sportingly gave it a try. 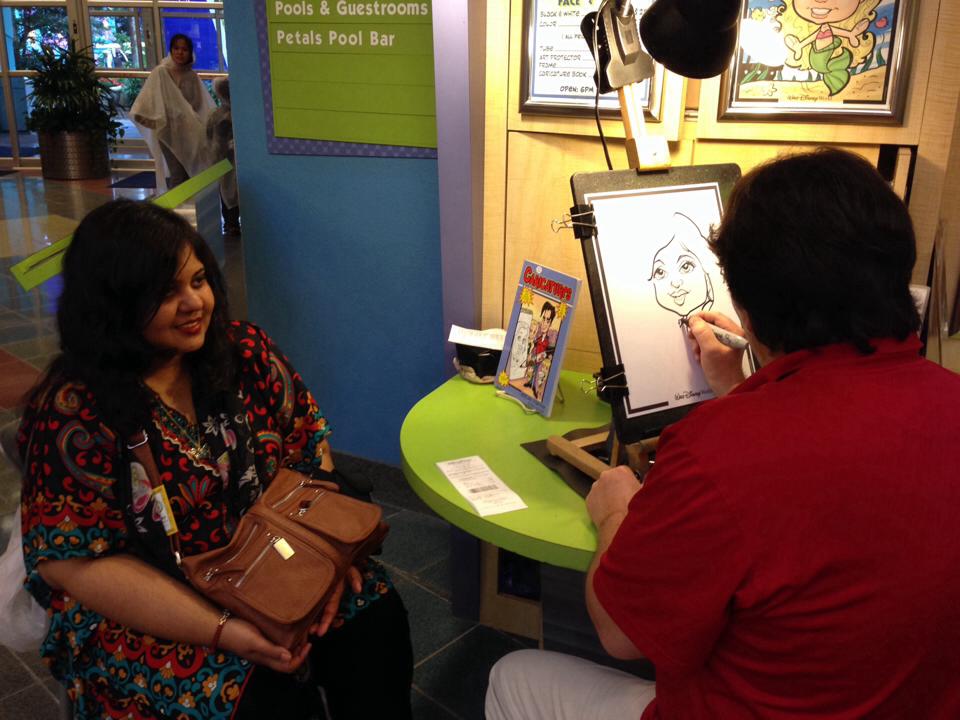 The artist named Mike made me quite at ease while he started to draw my caricature. I had to pick from the designs and I chose the design that featured a teacher. While starting to draw my eyes, Mike’s comment was ‘You have pretty eyes!’ That was really an awesome comment I would never forget! Actually, my last name containing ‘Anjal’ is an Arabic word meaning ‘Wide Eyed’ which my mother chose to name me. 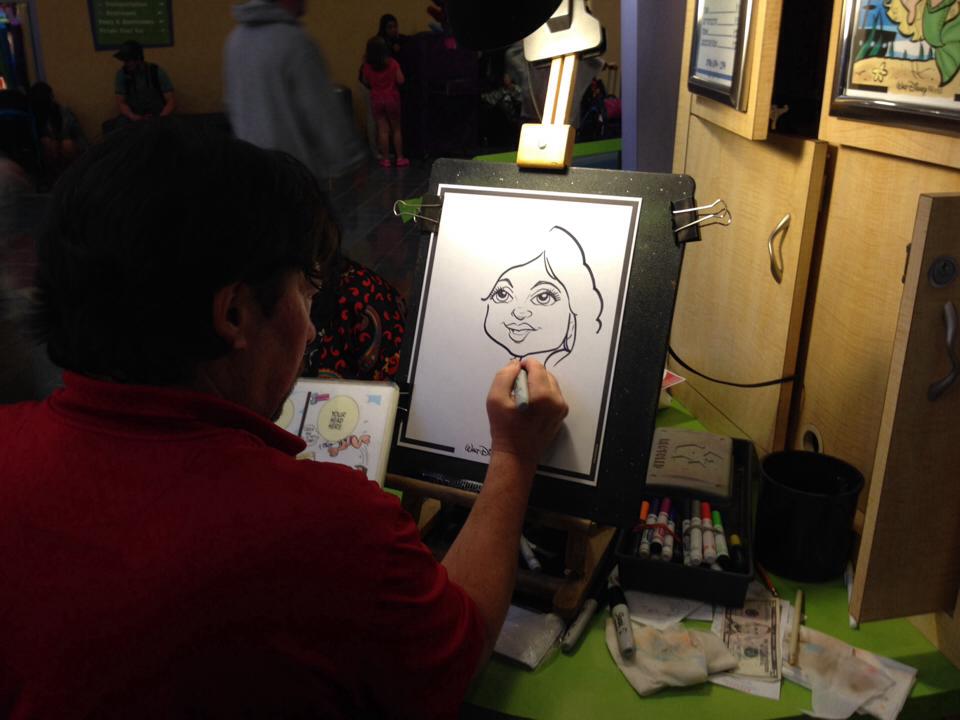 I guess Mike did real justice while portraying my eyes as God did a wonderful job with my eyes! 😀 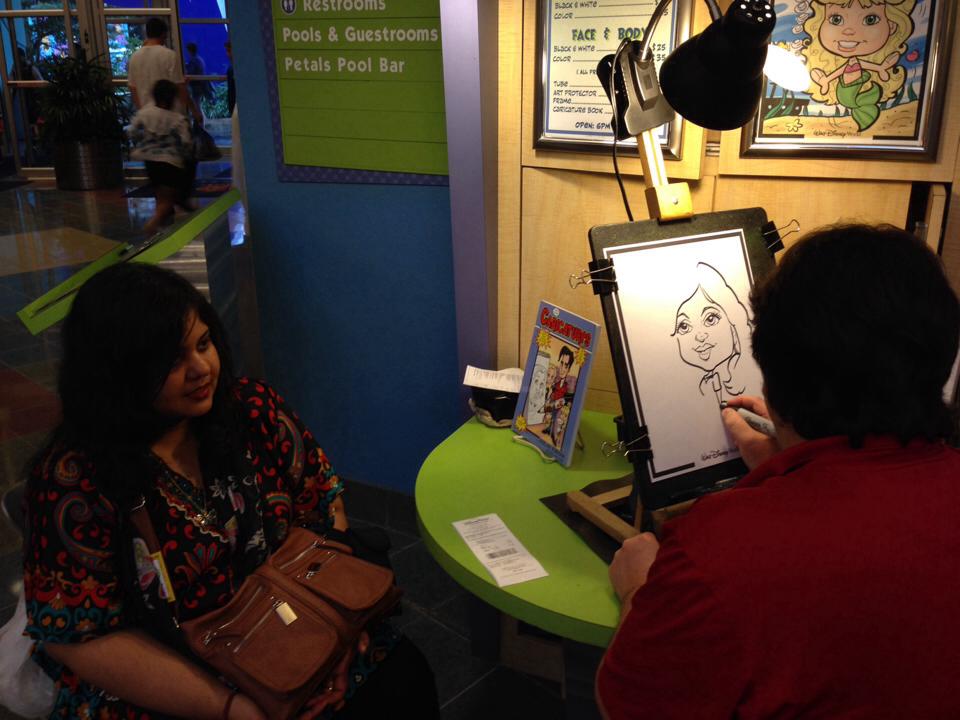 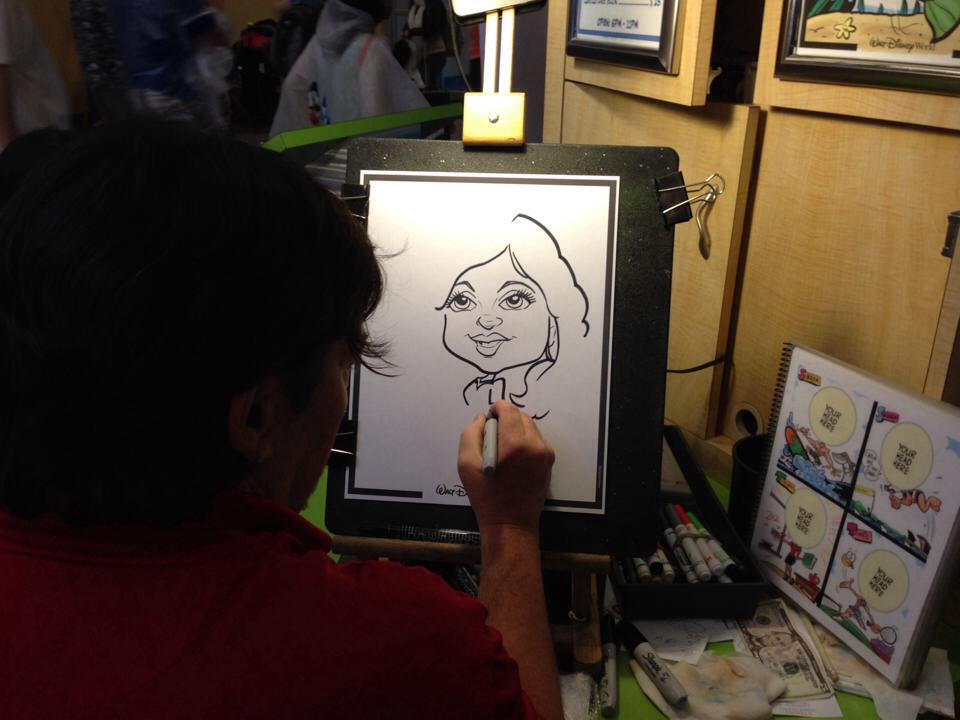 While finishing the caricature, Mike asked me what should he write as the last name of the ‘teacher’ and I said, Ms. Anjalin! He also asked me, what should the teacher be writing on the (white/black)board? I asked Mike to write, ‘Dream On!’ (as back home in Bangladesh while I teach, my motto is to always ignite passion in my students to achieve something that they can look forward to). 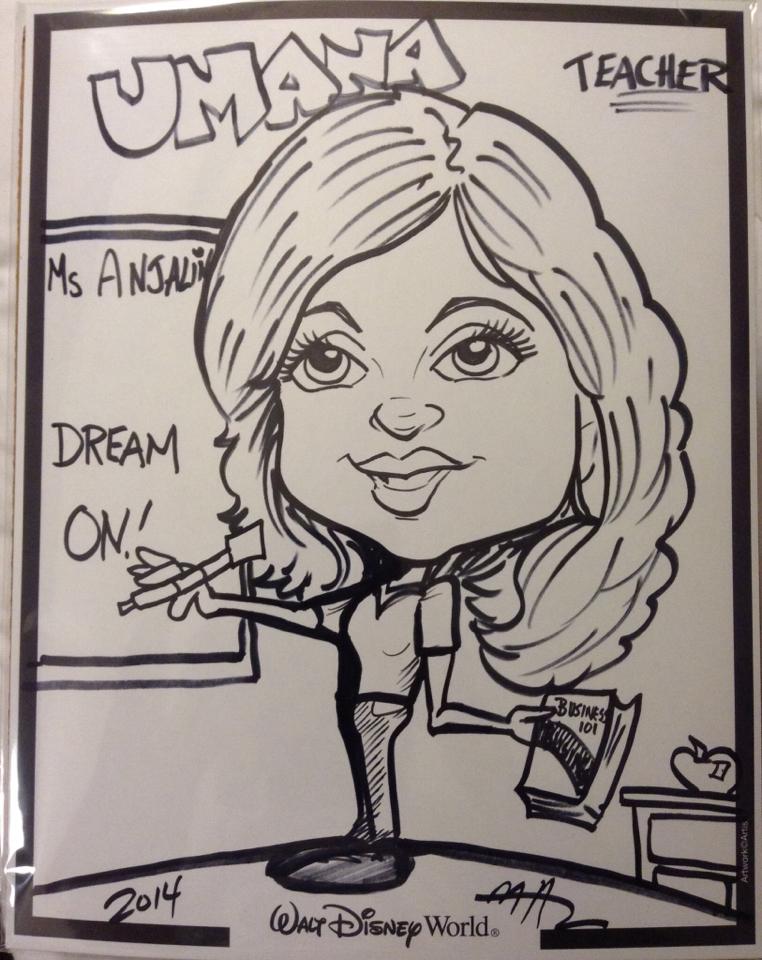 Isn’t this a pretty picture? I really love it! This is one of the best gifts I have received in my life! Thank you Shelly and thank you Mike! 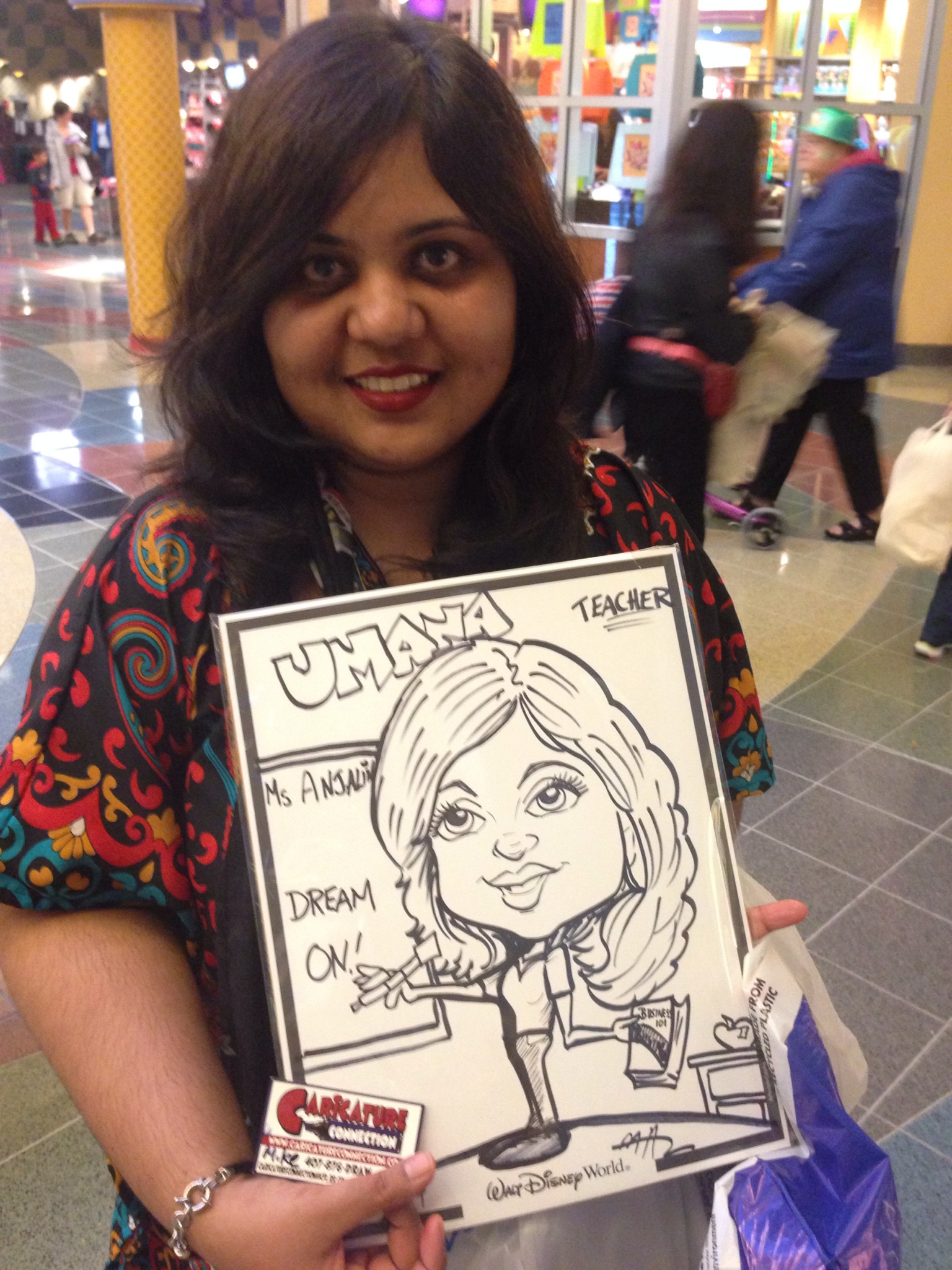 This is one of the best memories I would cherish as long as I live! 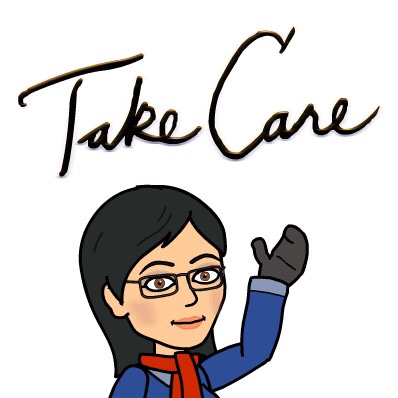 2 thoughts on “Caricature Saga of Umini at the Disney World!”